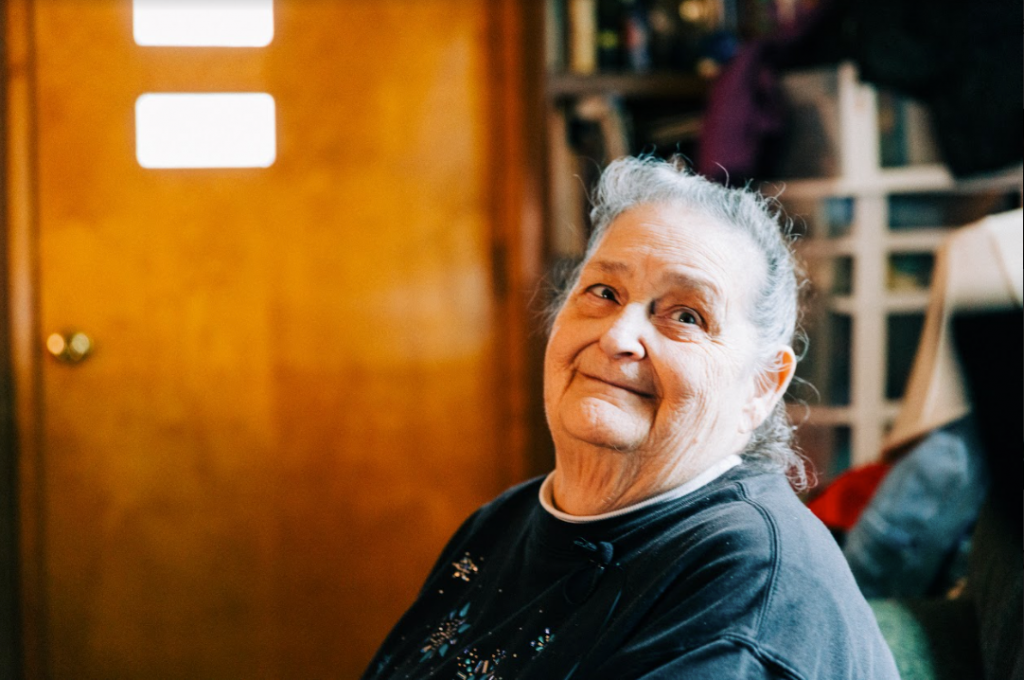 That is the single word we would choose to describe Jenny Hoskins. It’s difficult to imagine one more appropriate. She lives in a small home in the south sound. Standing in the clover that makes up her tiny yard, you can see an elementary school down the street. Several times a week, Jenny walks down to the school to do what she loves most. Volunteer.

Jenny has spent a lifetime helping and serving others. She’s impacted and influenced generations of kids at Maplewood Elementary. She’s been their friend and ear in the lunchroom and on the playground and assisted in helping them learn to read. As the weather cooled, Jenny came to cherish those hours at the school all the more. With the furnace in her home in disrepair, the school became a place of warmth too.

Jenny’s nomination for Warm Hearts had the following to say:

Jenny is a kind and giving soul. She lives in humbleness and has faced hardships too numerous to know. Should wouldn’t burden others with her struggles and simply marches on, always looking for ways to help others.

She warms herself in her kitchen and with space heaters. She doesn’t complain and simply does without. Purchasing a new furnace is beyond her financial means. Jenny wouldn’t ask for a new furnace, but on her behalf, we will.

Jenny also supported and held her husband’s hand during his battle with cancer. A battle he eventually lost. Her own health declined and forced her into retirement shortly after. Even still, Jenny continued to volunteer at the school, help feed the hungry, put on toy drives and contribute to parish events.

Jenny doesn’t have to rely on the school or space heaters for warmth any longer (though we have no doubt she’s still there all the time). We gave her a brand new furnace and complete cooling system to replace the rickety old thing from the ’70s.

Warm Hearts is our way of saying thank you to our community. Our way to lend a helping hand the best way we know how. With HVAC.

All of this wouldn’t be possible without you! We knew about Jenny because our community told us about her. And we need your help again!

Twice a year we run the Warm Hearts campaign. So we’re asking you: Who do you know that could really use a helping hand right now?

Tell us at here.

Everyone deserves a comfortable home.